In the unlikely event you run out of things to do in , there are plenty of day trips and excursions you can take. In this article we have put together a short guide to some of our favourites. Â You can take a private transfer to all of these locations with our trusted shuttle companyÂ or if you have a hire car you can explore on your own steam.Â  If you wish to have a Private Guide to provide a door to door experience including transport then do contact our recommended partners via their page hereÂ

The largest city in southern Spain, Seville was supposedly founded by Hercules and has many things to do and places to visit. The Catedral de Santa Maria, the Torre de Oro or Golden Tower built in the 13th century, the Giralda tower which has magnificent views of the city, the very stunning Alcazar palace, and many other sites in the old city, including the 16th century mansion Casa de Pilatos are all worth seeing and are all unique and beautiful in their own right. The Museum of Fine Art and the Flamenco Art Museum also should be on the list of places to visit while there are many flamenco bars where you can enjoy the traditional Spanish dancing first hand. Â

Seville was the birth place of tapas and as a result has many great tapas bars including SpainÃ¢ÂÂs oldest El Rinconcillo which was founded in 1670. It takes roughly 2 and half hours to get to Seville from Marbella by car while buses leaving from Marbella Bus station usually take closer to three and a half hours. You can also arrange 3 hour guided tours once you get to Seville so that you can see the whole city. 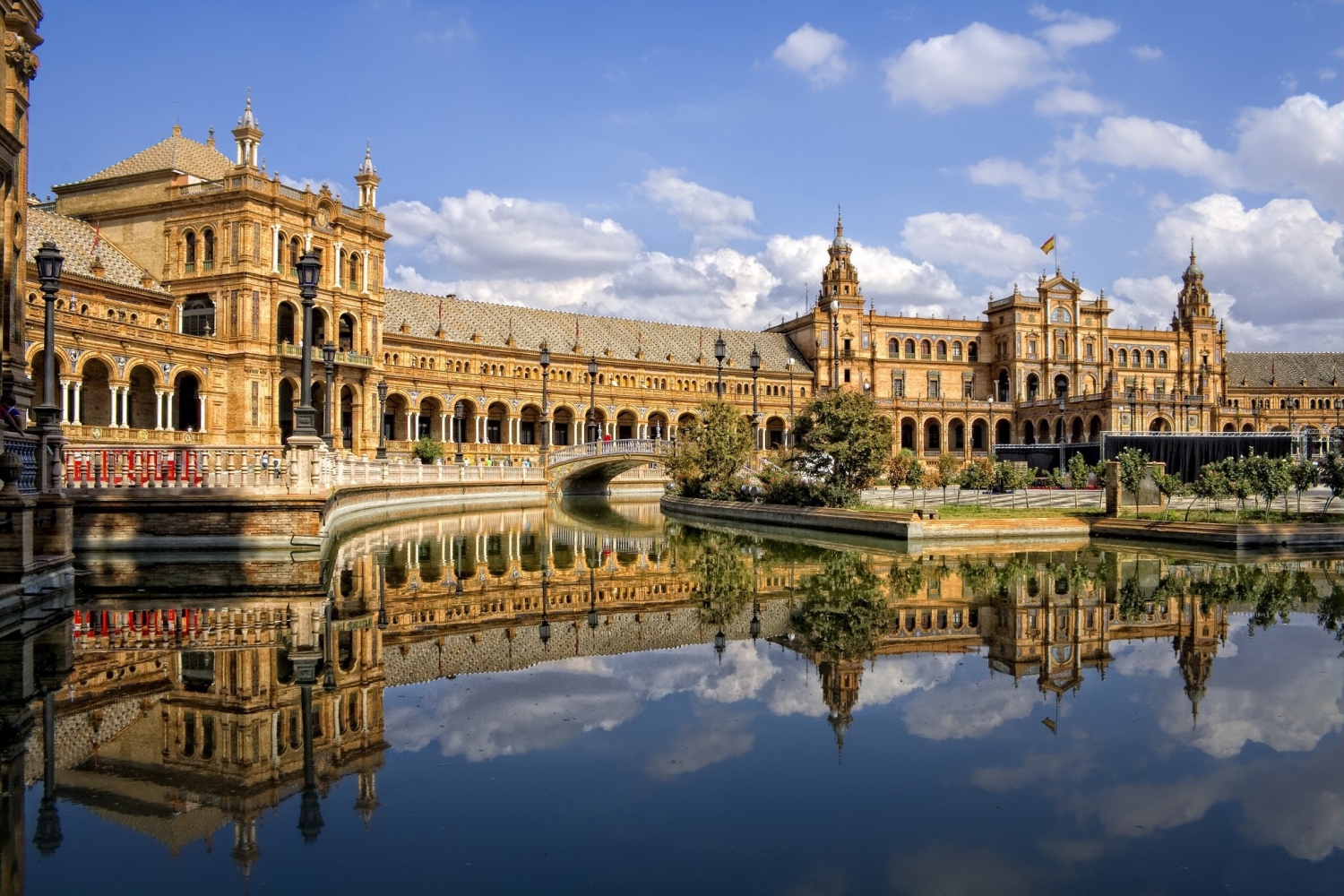 Tarifa is the place to go to totally chill out and relax. With long white sandy beaches, mud baths, and a crystal blue sea you can spend your days sunbathing and building sandcastles then retire to one of the many hotels, beach villas and even campsites for the more adventurous outdoor explorer who doesnÃ¢ÂÂt mind mosquitos and critters before choosing a place to order freshly grilled fish with a glass of vino or two for dinner. An hour to an hour and a half drive from Marbella, Tarifa is also a surfing loverÃ¢ÂÂs paradise and many kite surferÃ¢ÂÂs up and down the beach from beginners to the more experienced showing us all how itÃ¢ÂÂs done. Unfortunately there are no buses from Marbella straight to Tarifa so you will either need to hire a car or a driver to take you there. 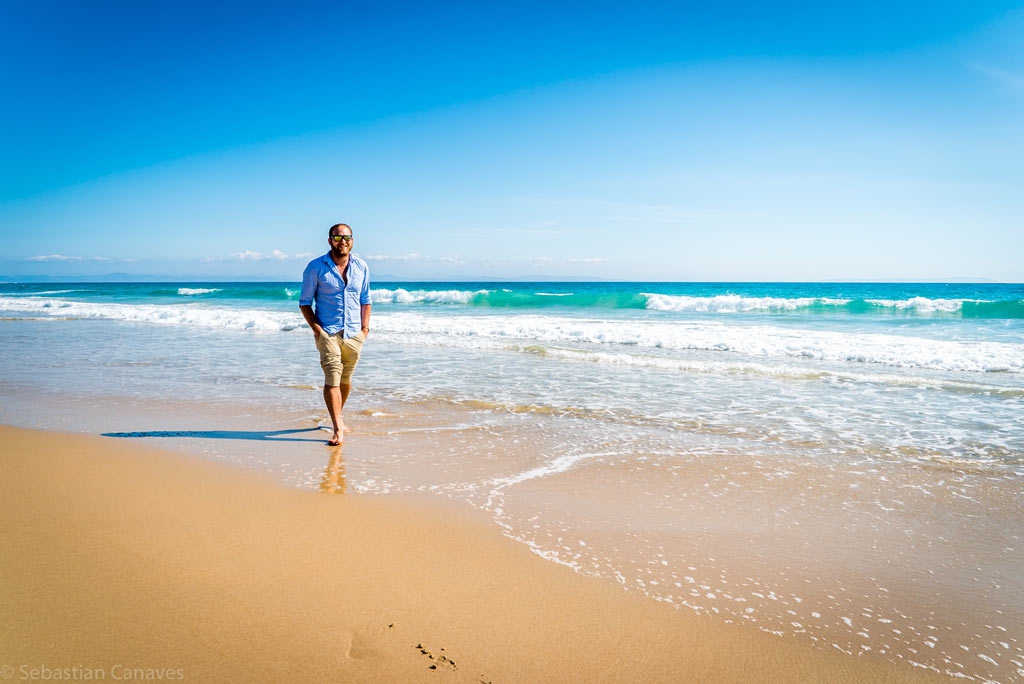 Why not visit Morocco for a day trip when you are staying in Marbella, only 14km from Tarifa it couldnÃ¢ÂÂt be easier to get to and there are two excursions from Tarifa to Tangier every day which cost just Ã¢ÂÂ¬56. Known as the door to Africa, Tangier has lots to offer and you can soak up the atmosphere and culture with just a few hours there. Whether you hire a guide or wander the city by yourself (although a guide is recommended if you want to see and learn a lot) there is much to see including Dar el Makhzen (SultanÃ¢ÂÂs palace), the museum of Moroccan arts and antiquities, the Kasbah mosque which was built in 1230, and much more. Markets are a must for tourists, so make sure you visit the Grand Souk, the Petit Souk or even the famous market Ã¢ÂÂCasa BarataÃ¢ÂÂ (house of cheap things) where you can find a whole host of goodies!Â  Tangier is a safe city and you will not feel uncomfortable walking around alone.

The ferry from Tarifa is just half an hour and tickets are sold at the office of FRS or at Marruecotur, both near the Paseo de la Alameda in the centre of Tarifa. You can also catch the ferry from Algerciras to Tangier which takes about an hour.

Malaga is just an hourÃ¢ÂÂs drive from Marbella and is supposedly one of the oldest cities in the world so there is much to see and lots to do while you are there. The Alcazaba is definitely worth a visit Ã¢ÂÂ the Moorish fortification once protected the city from pirates Ã¢ÂÂ while overlooking it, the Gibralfaro Castle has magnificent views of the city. Other attractions include the Picasso Museum which showcases drawings, etchings and ceramics made by the artist; the Plaza de Toros or bullring; the Quecha Theatre which is the oldest architectural remains in the city and dates to the 1st century BC. The harbour in Malaga is currently undergoing huge developments and you can see all the cruise ships as they dock while there are some great restaurants and bars to visit and sample some local cuisine. Check out La Moraga and CafÃÂ© de Paris for some seriously good grub!

Also make sure you take a stroll down Calle Larios, the main high street in Malaga Ã¢ÂÂ a great alternative to the large shopping centres Ã¢ÂÂ where you will find all your favourite shops. The street opens out into one of the main squares where you can find cafes, bars, tapas and patisseries so you can lose yourself for hours shopping then head to the bars and cafes for some great refreshments.

Buses leave Marbella bus station if you do not want to drive to Malaga which go right to the city centre and take about an hour. 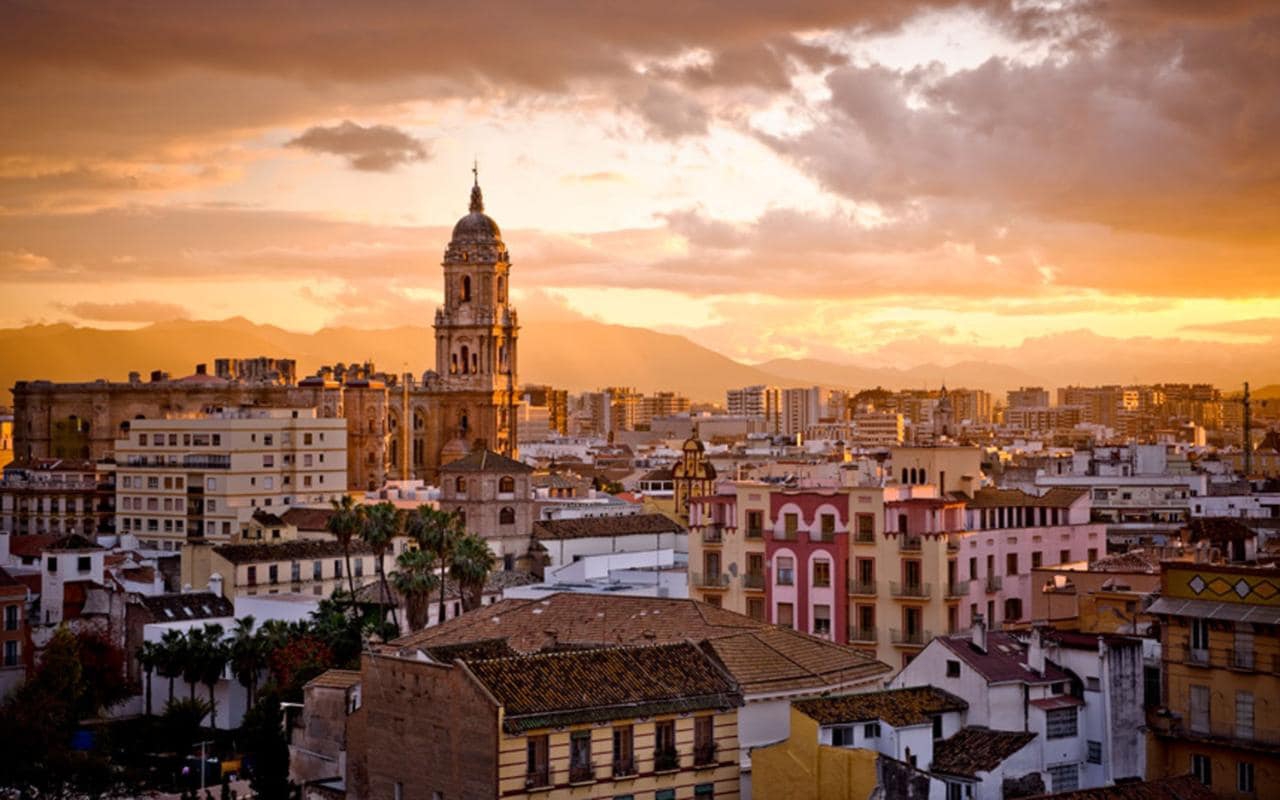 A day in Gibraltar is often a great thing to do with kids as thereÃ¢ÂÂs lots to see and do but whatever you do make sure take your passports! You can get across by foot or by car Ã¢ÂÂ there can be queues to get into Gibraltar as you cross the airport runway to get in and out. Once you are on the rock take the cable car to the top of the mountain and explore the caves and the medieval castle, admire the magnificent views and spot the monkeys. Superstition believes if the apes ever leave the island, then so will the British. Off shore, you can enjoy boat trips to see dolphins and whales, possibly even the blue whale if you are really lucky and there are many birds on the rock in spring and autumn, great for bird-watchers.Â  It is about an hourÃ¢ÂÂs drive to Gibraltar from Marbella or you can get a bus from Marbella bus station to La Linea which is the town just outside Gibraltar Ã¢ÂÂ the bus drops you 5 minutesÃ¢ÂÂ walk from the border. Also, remember the currency is in pounds not euros!

Just two and half hoursÃ¢ÂÂ drive from Marbella and 120km from Malaga is Sierra Nevada Ã¢ÂÂ a great ski resort for beginners and good skiers and the most southerly resort in Spain. The mountains above Granada contains the highest peak in Spain, MulhacÃÂ©n, which is 3480m above sea level and the temperature can get as low as minus 8. The skiing area is on slopes of Veleta, the third highest peak in Spain, which hosted the 1996 world alpine ski championships.

The resort has 100km of alpine ski runs and because of its high elevation, the ski season runs from late November to early May. The resort also has an ice rink, toboggans, ski bikes,

There are lots of hotels, bars, restaurants, rental apartments and ski hire and equipment shops so can get all you need at Sierra Nevada and enjoy a few days in the snow!

You can also visit Sierra Nevada during the summer months when it is great for walking, cycling, horse-riding and mountain climbing Ã¢ÂÂ in July and August one cable car and one chair lift is kept open so people can get to the summit of Veleta and on a really clear day you can see Africa. Â 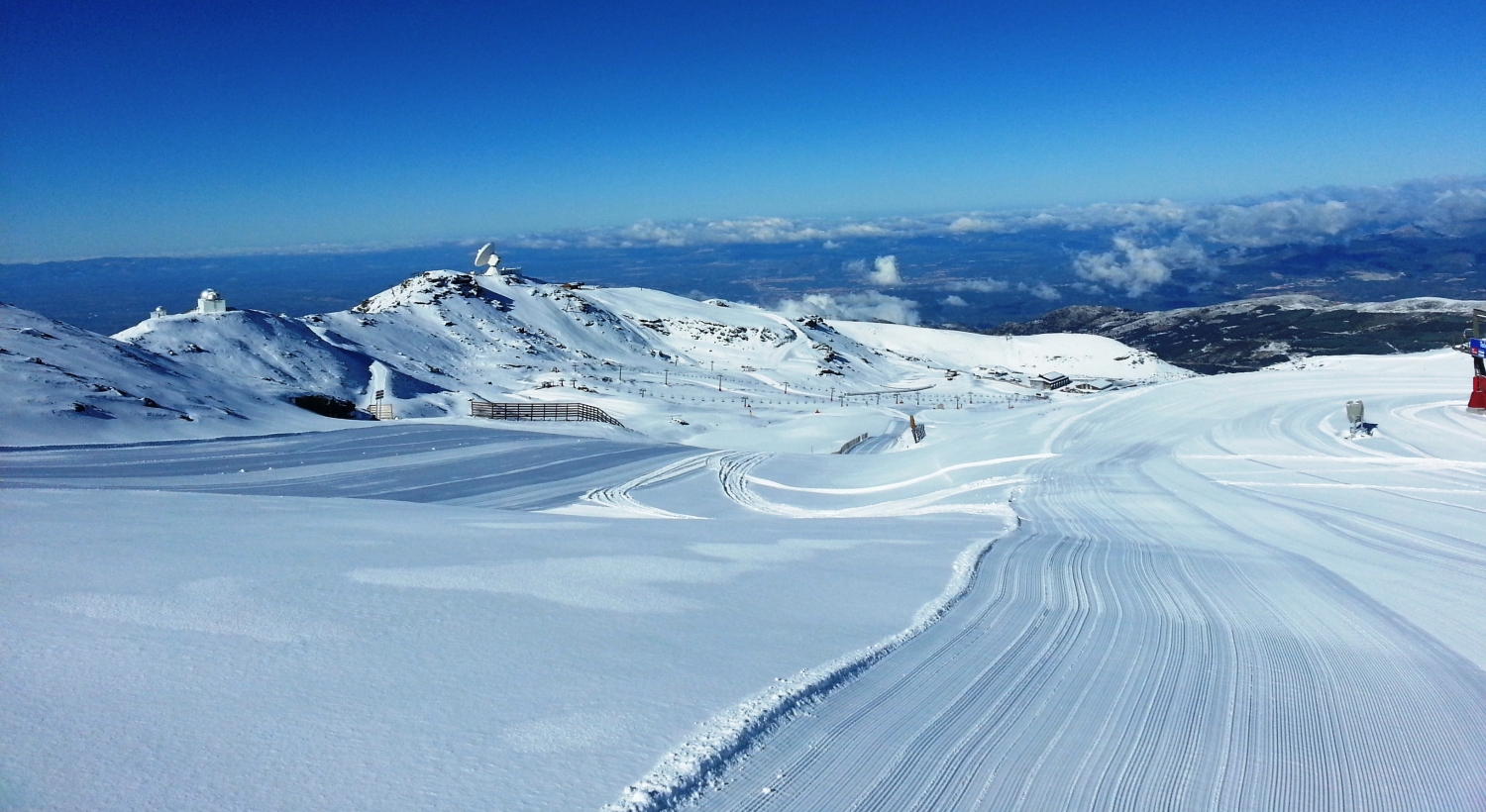 Cuevas de Nerja or the Nerja caves were discovered by schoolboys who were looking for bats in 1959 and are now recognised as one of the most important cave systems in the country. It takes about an hour to wander the magnificent caves with the most impressive sight being the 60m high stalactic pillar in the furthest chamber. There are still some of the cave systems that are unopened to the public but the caves that you can walk around are lit well and you are even accompanied by music (albeit not great music) as you walk through the systems. The caves play host to a festival every June with ballet, classical music and singing all performed in the first cave which now has an auditorium. 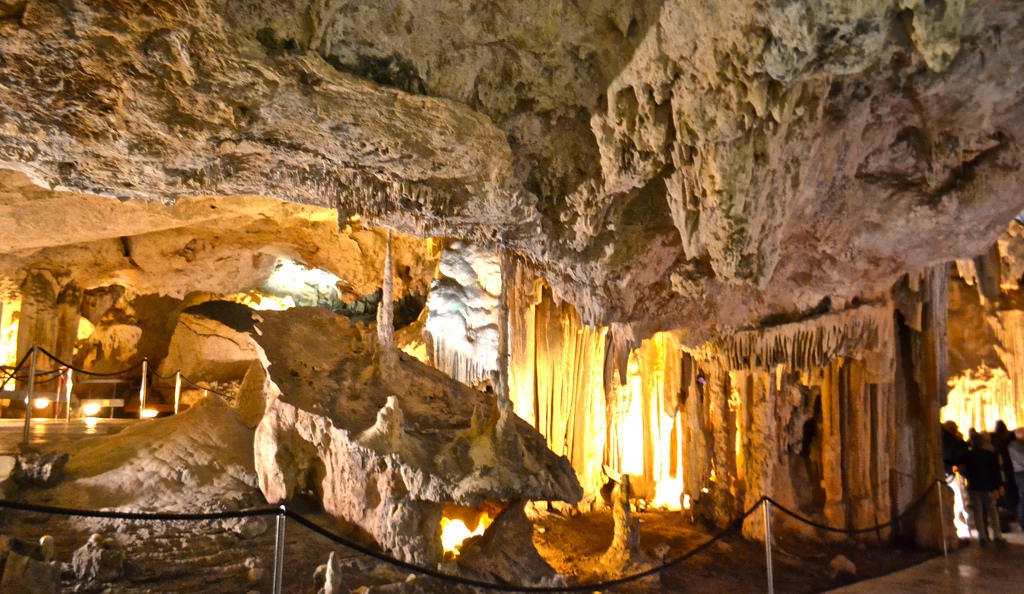 Granada has lots to offer tourists with much to see and do including the famous Alhambra, a Moorish citadel and palace constructed in the mid-14th century. One of SpainÃ¢ÂÂs most famous and popular tourist attractions it is made up of gardens, fountains, streams, a palace, and a mosque that are all surrounded by an imposing fortress wall that is flanked by 13 massive towers.

Other attractions to see are the cathedral of Granada, the Royal Chapel of Granada and the Charterhouse monastery, while the neighbourhoods of AlbayzÃÂ­n and Sacromonte are also popular with tourists. Aside from the attractions, Granada has a wealth of restaurants and tapas bars - you can even enjoy a tapas tour!

The drive to Granada will take you between two and two and a half hours but there is a bus service that runs from Marbella bus station three or four times a week which can take up to three hours. There are also buses leaving from Malaga which take about two hours and costs about 10 euros. 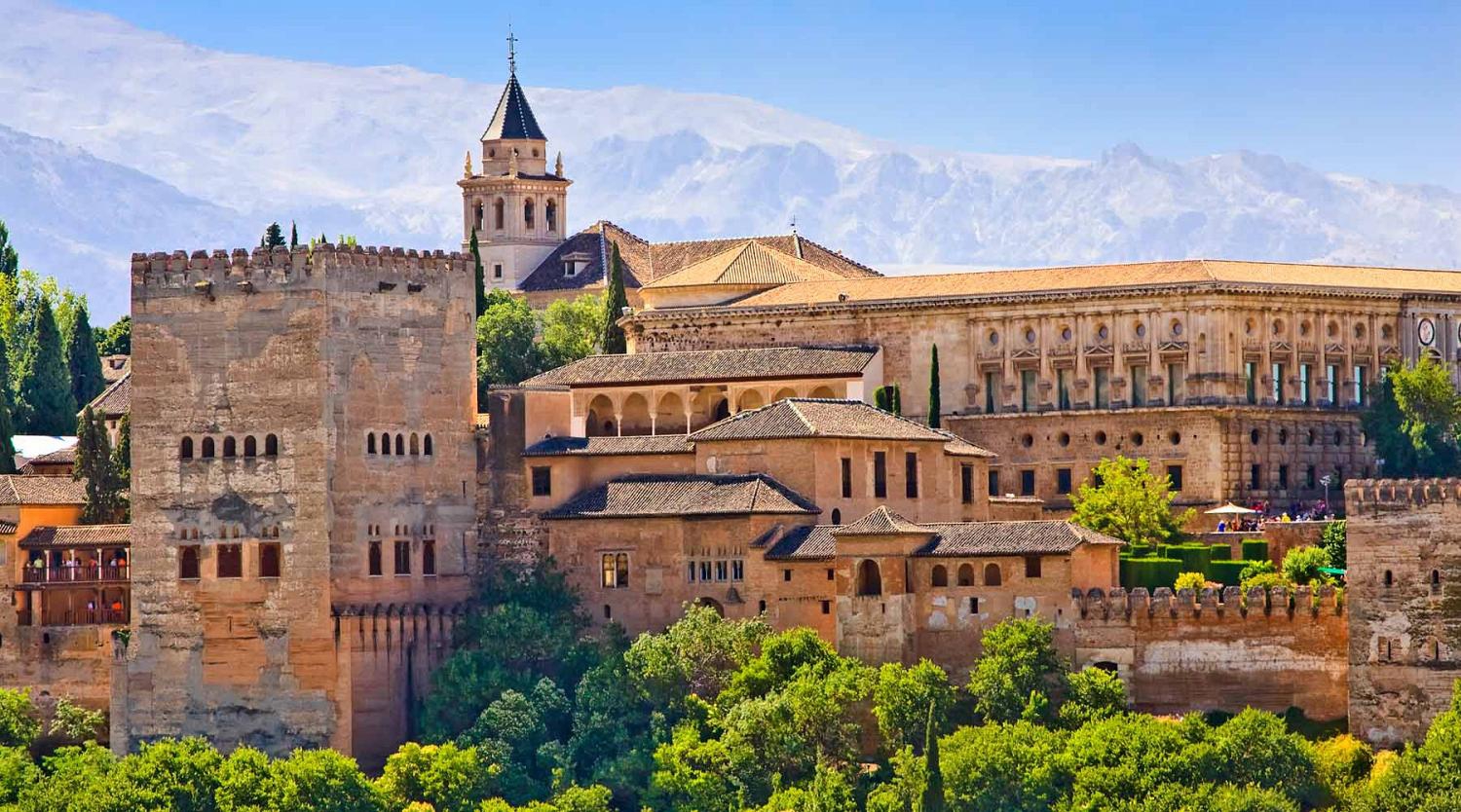 CÃÂ³rdoba has the highest summer temperatures in Europe with recordings of over 40 degrees so if you decide to visit itÃ¢ÂÂs probably best not to go during July and August! It does have many attractions to visit and has the second largest old town in Europe. The most important building and symbol of the city is the Mesquita or Mosque (main picture) Ã¢ÂÂ originally a pagan temple the building work began in 600 AD but has had numerous changes made to it over the years. Its giant arches with 856 columns made from jasper, onyx, marble and granite are the most notable design features while its layout has been added to since its original floor plan that paralleled early mosques.

CordÃÂ³ba is usually buzzing with tourists in May as this month hosts three very popular festivals including the feria, the Patios festival in which historic centres open their doors to the public and the May Crosses Festival which sees crosses over 3m high decorated with flowers and placed in squares and streets with a contest to see which is the best one. 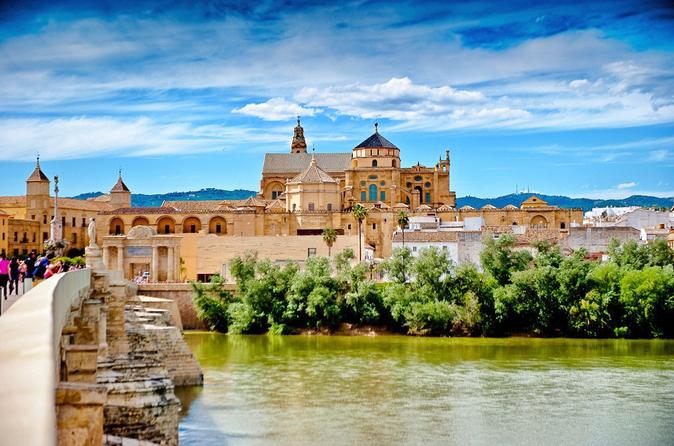