On Friday 26th May, Sala Group along with numerous celebrities welcomed Mahiki to Marbella with the opening of Mahiki Coconut Cocktail Bar at OAK Garden & Grill.

Ahead of the opening of the first Mahiki venue in Spain, that will be situated in a stunning beachfront location on the Paseo de Maritimo Marbella, Sala Group has opened a tropical Mahiki Coconut Cocktail Bar at OAK Garden & Grill Restaurant. 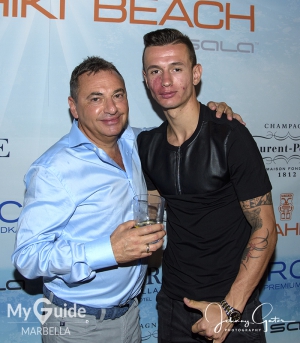 The party continued across the street at La Sala Banus, where Mark Wright played a live DJ set. From there the guests made their way downstairs to Aqwa Mist nightclub to enjoy a live performance of Craig David.
The Mahiki Coconut Cocktail Bar, that is located in the charming OAK Garden & Grill Restaurant, is open every weekend, offering tempting tropical fresh fruit cocktails as well as the Mahiki famous Treasure Chest! 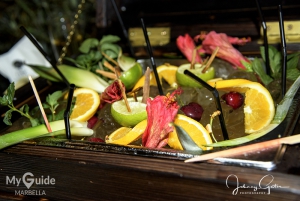 Mahiki Beach willl be opening this June and will be a beautiful Polynesian and tiki themed venue. The first Mahiki opened on Dover Street in 2005 quickly became well known for its celebrity clientele. Since then it has grown to become one of the worldâs most famous night spots as well as an institution, with an array of fabulous awards behind it.
Mahiki has attracted media attention as a favourite haunt of royals including Princes William and Harry as well as Kate Middleton and celebrities such as Rihanna, Lady Gaga, Kelly Rowland, Paris Hilton, Kate Moss, Beyonce, Jay-Z, Kim Kardashian and other A list celebrities. It is often referred to in the press as London's most popular venue.