FOREIGNER, the band behind these classic and iconic songs âI Want To Know What Love Is.â âCold As Ice.â âHot Blooded.â âJuke Box Hero.â , turn 40 this year and has been rocking across Europe in celebration of this milestone and finished with a final European gig at the famous Puente Romano Hotel in Marbella. 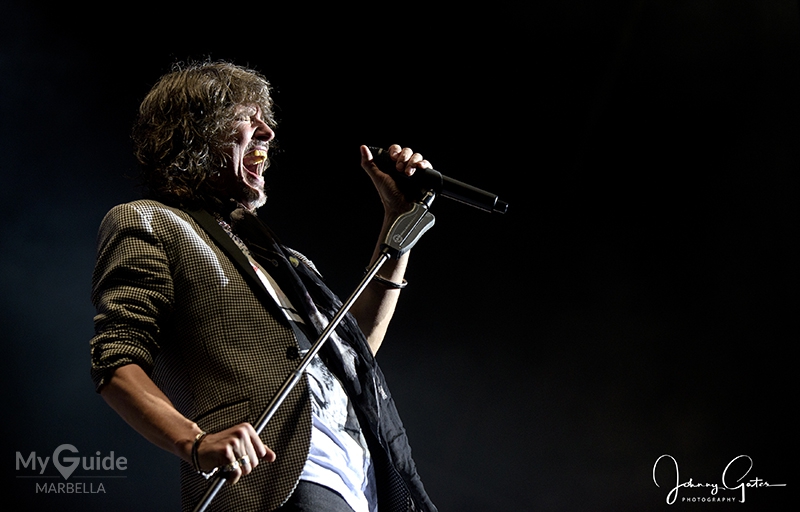 Original member Mick Jones, the "Foreigner" an English man in New York, to plagiarize Mr Sting, guilty of selling over 80 million records with Foreigner, clearly showing the exited crowd it wasn't the "first time" as he and his troupe led by the amazing Kelly Hansen on vocals, delivered, what I believe to be the finest, all out, balls out, hard rocking gig, Marbella has seen. 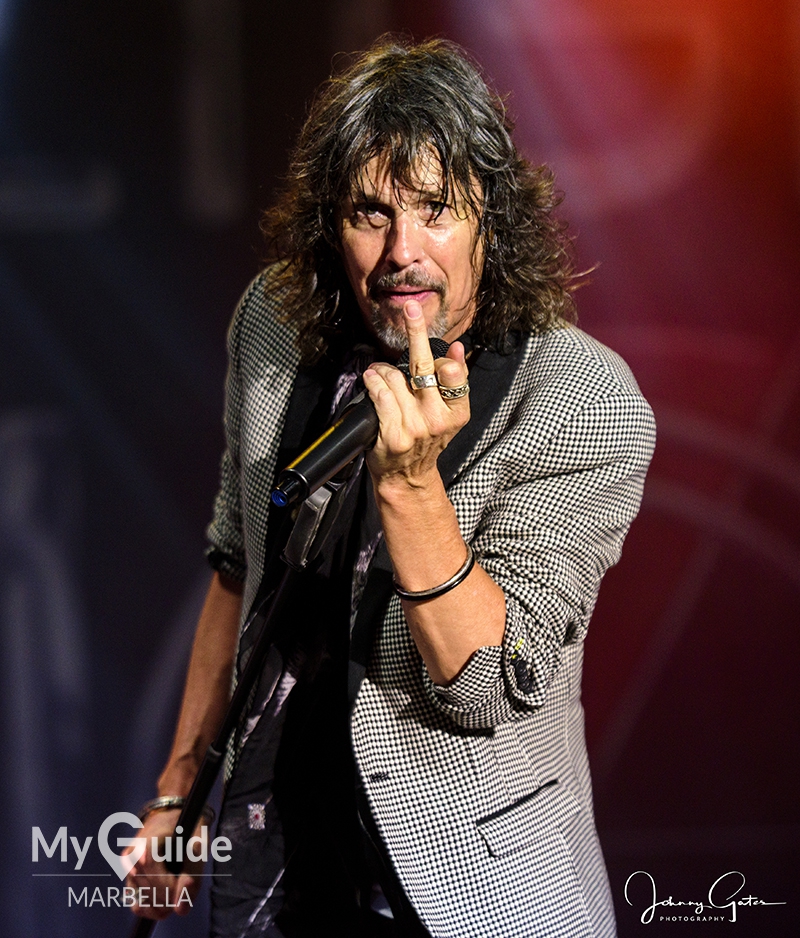 Now I am a veteran at this kind of stuff, having seen all the great bands and acts in Marbella from Queen and Michael Jackson to Elton ( is that a rain drop on my piano, I have to leave now) John, Lenny (do you know who I am) Kravitz and Van ( I've no idea where I am, but your'e only getting 90 minutes) Morrison, and I can tell you, that although the afore mentioned are indeed leg ends, Sunday's Foreigner show was by far the best, tight, hard rocking, honest to God musical show I've seen here. 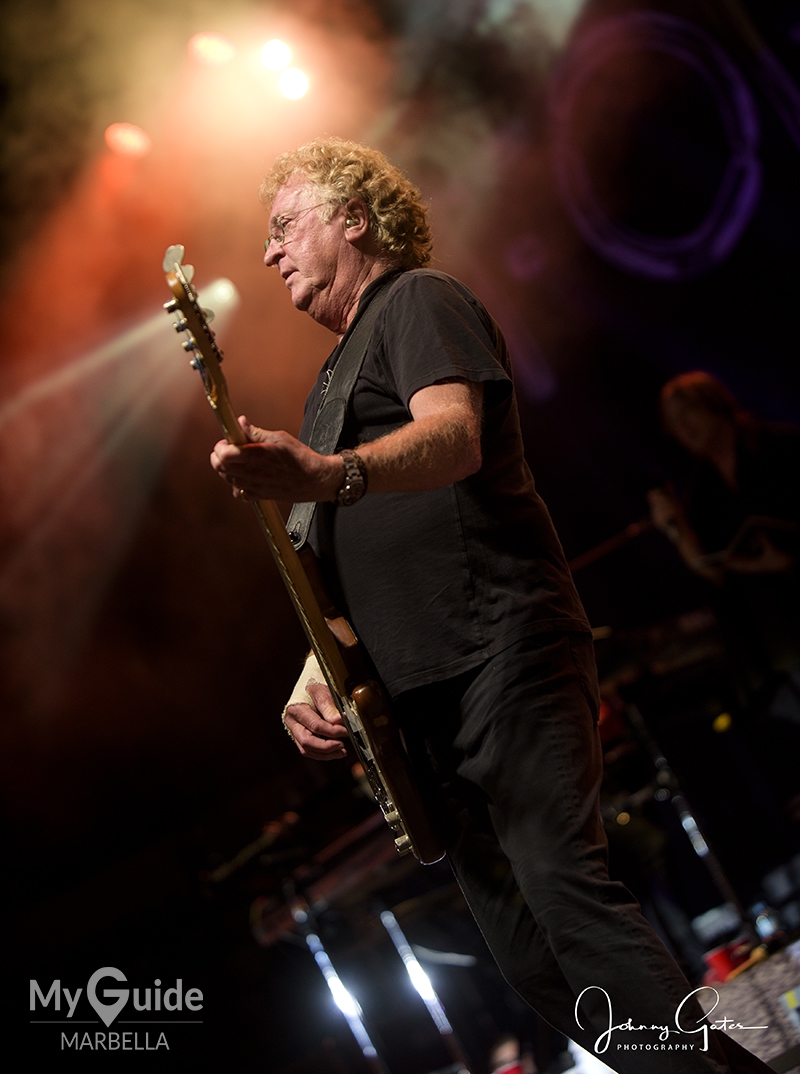 Mick Jones told me after the gig âIt was great to have Rick Wills join us last night in Marbella, and certainly brought back some special memories. Other original members will be joining us during the upcoming US tour. and all the original guys are out there playing live shows and working on studio projects. A performance by the entire original band for a Rock & Roll Hall of Fame induction next year would be a great way to cap off our 40th Anniversary celebrations.â


Since the 1977 release of their first hit âFeels Like The First Timeâ and their self-titled debut album on Atlantic Records, FOREIGNER has been universally hailed as one of the worldâs most popular rock acts with 10 multi-platinum albums, 16 Top 30 hits, and worldwide album sales exceeding 75 million.  Responsible for some of rock and rollâs most enduring anthems including âJuke Box Hero,â âCold as Ice,â âFeels Like The First Time,â âUrgent,â âHead Games,â âSay You Will,â âDirty White Boy,â âLong, Long Way From Home,â and the worldwide #1 hit, âI Want To Know What Love Is,â FOREIGNER continues to rock the charts forty years into the game. 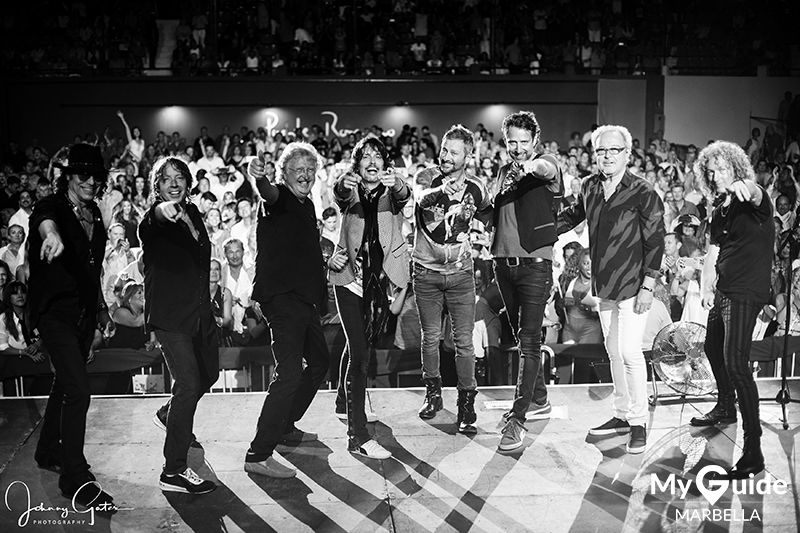 Recent albums including Juke Box Heroes, a new compilation of digitally recorded Foreigner hits, and The Best of Foreigner 4 & More, recorded live from The Borgata, Atlantic City, both entered the Billboard Top 200 chart. Foreigner also featured strongly in every category in Billboard's recently released âGreatest of All Timeâ listing.  Catalog sales often eclipse those of Aerosmith, The Rolling Stones, The Who, Def Leppard, Van Halen and most of their Classic Rock peers.
For more info, especially if you are reading this in the good old USA, log on to www.foreigneronline.com for all the US dates starting on the 11th of July in Syracuse NY.
Written by: Johnny Gates
PUBLISHED: Apr 22nd 2022